Last week, Deborah Lehr, Founder and Chairman of the Antiquities Coalition, joined leaders from government, law enforcement, and civil society in the Group of 20’s (G20) first public program tackling the cultural racketeering crisis. The April 9 webinar, Protection of Cultural Heritage and the Prevention of Illicit Trafficking, opened a series of virtual events that will lead up to a planned in-person convening of Cultural Ministers from all G20 member states later this year. The Antiquities Coalition was honored to be one of the few non-governmental organizations invited to share its expertise on this important topic along with distinguished individuals and institutions from around the world.

As part of its Presidency of the G20, Italy is organizing these programs to develop recommendations for G20 countries about the risks their markets face from transnational crimes via art and artifacts, including smuggling, money laundering, and terrorist financing. The G20, the lead forum for international economic and financial cooperation, brings together the governments and central bank governors from 19 members including the United States and the European Union. Under Italy, it has prioritized combating the illicit trade, as well as other threats facing cultural heritage such as climate change.

“The G20 is in a unique position to make a difference,” Lehr noted during the April 9 meeting,  because “together its membership accounts for 90% of the worldwide art market.” She stressed that while past efforts to combat cultural racketeering dealt almost exclusively with cultural ministries, only a whole-of-government approach and international cooperation will be effective. She commended the G20, under Italy’s leadership, “for recognizing the need for political will at the top to halt this pillaging of history and the robbing of the economic vitality of countries dependent upon cultural tourism.”

The webinar featured prominent policymakers and leaders of international organizations including Dario Franceschini, Minister of Culture of the Italian Republic; Brigadier General Roberto Riccardi, Commander of the Carabinieri for the Protection of Cultural Heritage; Corrado Catesi, Head of the INTERPOL Works of Art Unit; and Maria Chiara Malaguti, President of UNIDROIT; as well as senior representatives from the World Customs Organization, the International Criminal Court, and UNESCO. Lehr presented alongside top experts from a wide range of countries, including Italy, Australia, Belgium, China, France, Mexico, Saudi Arabia, South Africa, Syria, and Turkey. Of the over 30 speakers in the session, she stood out as being one of the only American participants.

As G20 considers where it can best target its efforts, Lehr recommended five actions that it should take as an institution or through its members:

In addition, the Antiquities Coalition proposed hosting an annual summit of the key players, including countries of origin and market countries, law enforcement, the private sector and others. Such an event, held on the margins of the G20, would provide an opportunity for key stakeholders to find ways to work together in support of our shared goal—stopping the robbing of our shared heritage.

To watch the full webinar recordings and view the program of events, visit here. 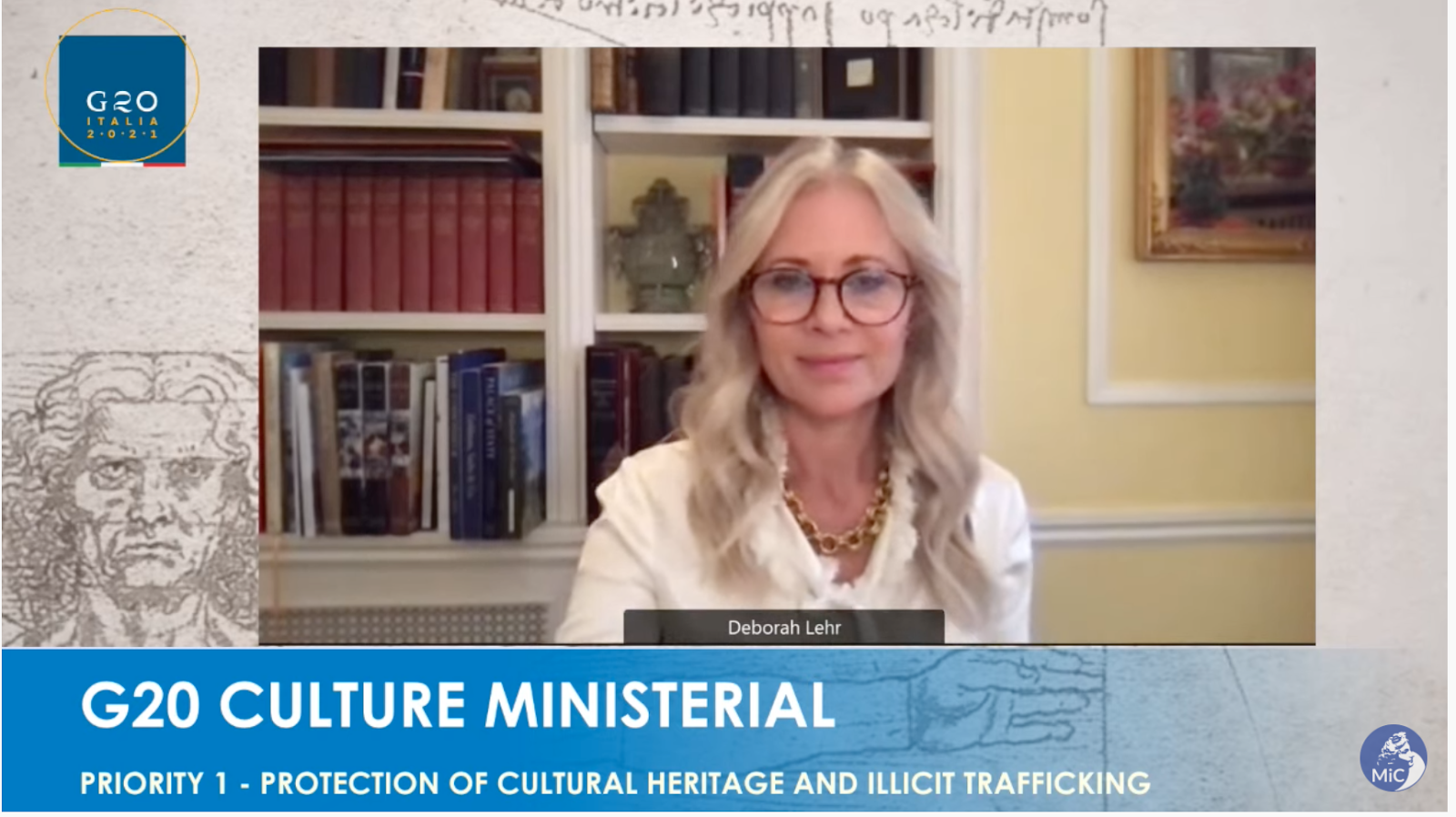