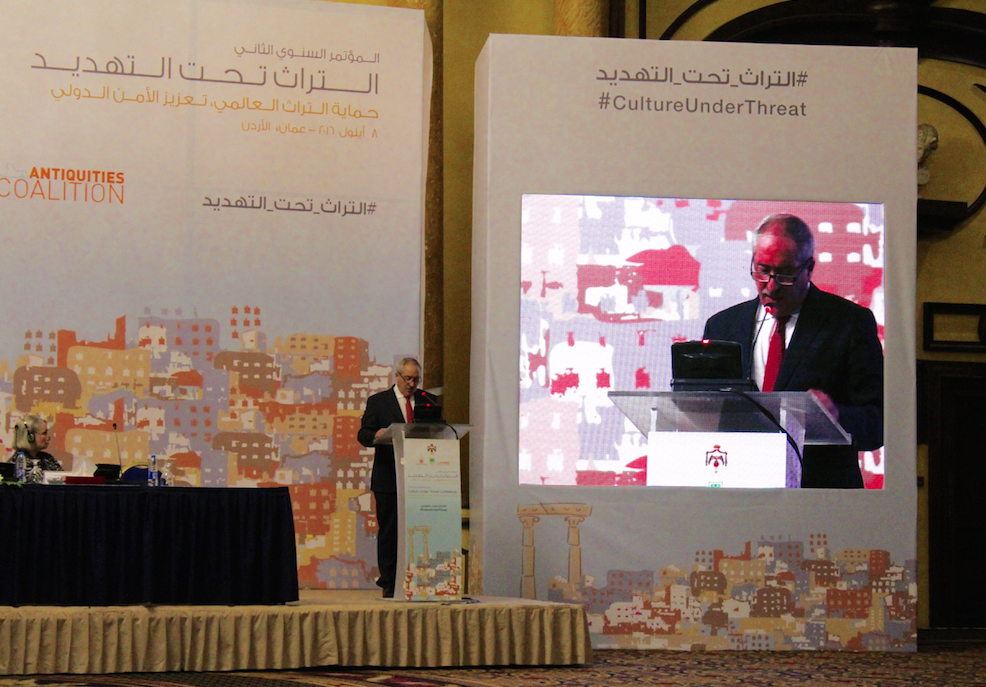 His Excellency Nasser Judeh, Jordan’s Deputy Prime Minister and Minister of Foreign Affairs of the Hashemite Kingdom of Jordan provides opening remarks at the #CultureUnderThreat Conference on September 8, 2016.

In Amman, on September 8, the Antiquities Coalition, Middle East Institute, and Government of the Hashemite Kingdom of Jordan hosted seventeen Middle East and North African countries and the League of Arab States for the second annual Ministerial-level #CultureUnderThreat Conference to coordinate efforts to halt the use of antiquities trafficking as a source of terrorist financing. Under the leadership of His Excellency Nasser Judeh, Jordan’s Deputy Prime Minister and Minister of Foreign Affairs, the Middle East and North Africa Task Force Against Cultural Racketeering also held its inaugural meeting to develop a detailed, aggressive five part initiative. Jordan and Egypt—which hosted the 2015 #CultureUnderThreat Conference—continue to play a leadership role in driving this process.

The Task Force, which will meet on a biannual basis, will coordinate its efforts in the following ways:

Her Excellency Lina Annab, Jordan’s Minister of Tourism and Antiquities, chaired the conference, with great success. At the conclusion of the day-long discussions, the ministers issued the Amman Communiqué, which outlines priority areas for cooperation. The Communiqué states, “The participating countries agree that crimes against culture are crimes against civilization. They pledge to work together to bring this illicit trade to a halt.” 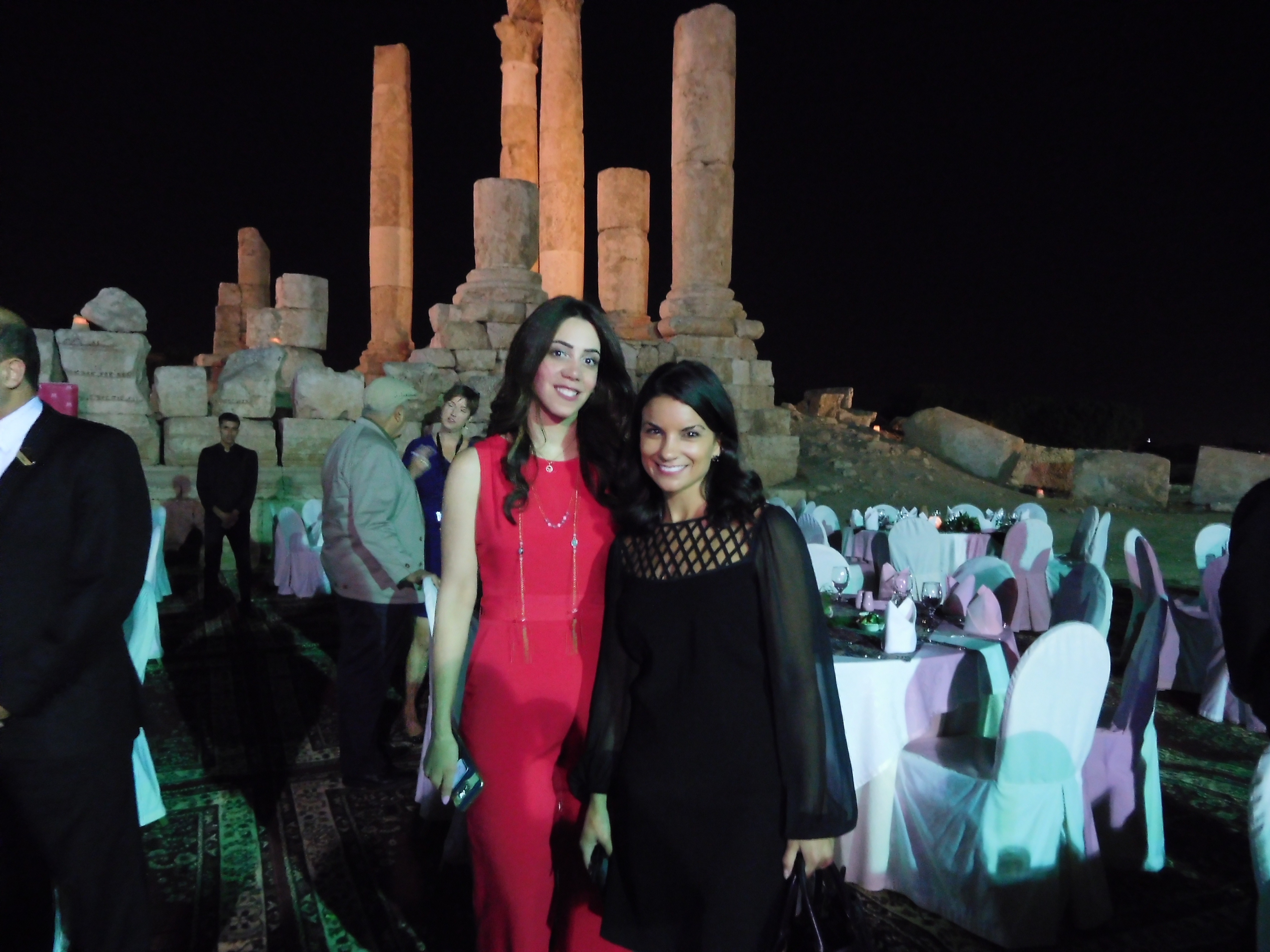 Jordan’s Ministry of Tourism and Antiquities held a dinner at the Amman Citadel in the shadow of the Temple of Hercules to celebrate the close of the Second Regional #CultureUnderThreat Conference.

The Amman Communiqué builds upon the 2015 Cairo Declaration, in which ministers from ten countries agreed to take steps to combat cultural crimes at the first #CultureUnderThreat Conference in Cairo, Egypt, as well as a follow-up summit held in September on the margins of the United Nations General Assembly meetings. The day concluded with Minister Annab hosting the attendees at a dinner under the stars at the historic Temple of Hercules of the Amman Citadel.

The #CultureUnderThreat Conference is held on an annual basis. The Antiquities Coalition will also be bringing together global leaders and other organizations involved in the campaign to fight against cultural racketeering in an event with the Asia Society on September 16 on the margins of the U.N. General Assembly.

The unprecedented number of participating nations stands against a backdrop of continued looting and illicit trade in cultural materials. That black marketeering has netted Daesh and other extremist organizations millions of dollars and put millions of archaeological, cultural, and religious sites and objects across the MENA region at risk from armed conflict, targeted destruction, and organized plunder. While Daesh’s campaign of looting and destruction is conducted primarily in Iraq and Syria, violent extremist organizations have engaged in attacks against culture across the region, including Egypt, Libya, Tunisia, and Yemen.

This urgent threat has helped to galvanize both governments and nongovernmental organizations. In addition to launching the Task Force, the participating countries have also tasked the Antiquities Coalition with developing an International Advisory Committee to will support their efforts. Please continue to follow our website for future updates as the countries actively begin to implement their plan over the upcoming year.