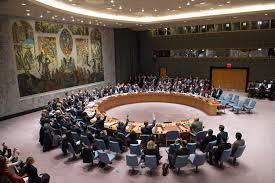 On Friday, the fifteen members of the United Nations Security Council unanimously passed UNSC 2347, which forcefully condemned the destruction and illicit trade of cultural heritage. Sponsored by France and Italy, the Resolution calls for measures to counter the illegal cross-border trade of artifacts of archaeological, historical, cultural, and religious importance, particularly those plundered from areas of armed conflict. Its passage marks the most significant multilateral action to fight cultural racketeering and cleansing in the United Nations’ history, but this is only a first step: coordinated, targeted, and urgent action is needed to fully end the use of cultural destruction as a terrorist financing tool and a weapon of war.

Looting of heritage has occurred for as long as there’s been buried treasure, but the world has seen an explosion of this activity since the Arab Spring. In the Middle East and North Africa, violent extremist groups have been able to turn plundered heritage into a major revenue source, given the ease of selling artifacts, the high prices these objects fetch, and the vast supply of ancient artifacts in the region. Daesh alone has earned millions smuggling and selling looted relics; a 2015 U.S. Special Forces raid targeting a senior Islamic State leader in eastern Syria uncovered receipts for antiquities transactions worth $1.3 million for only a three-month period.

Destruction or trafficking of cultural racketeering poses an international security risk not only because it finances conflict; it often serves as an early warning sign of atrocities. Some of the century’s worst actors demolished and plundered heritage in order to terrorize and deny the historical roots of populations under their control. In the 1970s, the Khmer Rouge led the deliberate and systematic destruction of targeted ethnic and religious groups and their heritage, before murdering two million people — a fourth of the population — through starvation, disease, and execution. Destruction of heritage also harms societies long after the armed conflict ends, by creating sustained long-term economic damage and undermining post-conflict resolution.

Fortunately, the international community is taking steps to recognize the threats that cultural racketeering and cleansing post to international security and peace, and to act to end these practices. UNSC 2347 is just the latest step in a series of actions by governments to protect heritage. Major market countries like the United States, United Kingdom, France, Germany, and the Netherlands have all recently strengthened their legislation and enforcement tools to prevent an influx of conflict of antiquities from the Middle East. And, in one of the most promising signals of international action in recent years, six countries — also led by France — pledged more than $75 million last week to a new UNESCO-backed alliance to protect cultural heritage sites threatened by war. Further donations are expected at this coming week’s meeting of G7 culture ministers meeting in Florence.

Legal reforms and greater financial support are essential for protecting cultural heritage and should be applauded. However, they are not sufficient. To truly eradicate war crimes involving heritage, greater action is needed from all sectors of the international community, including law enforcement, individuals, museums, dealers and auction houses, national governments, and multilateral government organizations. Three key steps are needed:

First, national and international law enforcement bodies need to strengthen prosecution efforts. In September, the International Criminal Court issued its first war crime conviction for cultural crimes. The international community must build on this momentum and refer similar crimes, particularly those perpetrated in active war zones such as Iraq and Syria, to the ICC for trial. Likewise, the United States and other market countries have done excellent work recovering and repatriating looted antiquities to their home countries, but few of these cases have resulted in arrests, indictments, or prosecutions. The focus should shift to dismantling trafficking networks through criminal prosecution to serve as a meaningful deterrent.

Second, the illicit trade in antiquities is to a great degree facilitated by lack of awareness; buyers need to learn to identify red flags that suggest that objects have been looted and smuggled. One basic rule is to steer clear of art and artifacts lacking provenance or with proof of ownership that does not date to 1970, the international standard. Antiquities of cultural, historical, or religious significance and those created for non-commercial purposes should also be avoided; many others were never meant for commercial trade and their presence in auction houses should be a warning sign for buyers. Governments and museums can help educate buyers, but the onus should also be on auction houses, art dealers, and other private sector actors.

Finally, more support for source country governments to strengthen their borders and protections of the sites would go far in stemming the supply of illicit antiquities. The Security Council Resolution calls for adoption of more effective export and import regulations of cultural property; this, as well as training of border patrol and customs agents, would go far in keeping heritage within borders. Support from United Nations peacekeeping operations, to assist relevant authorities in the protection of cultural heritage from destruction, illicit excavation, looting and smuggling in the context of armed conflicts, should also be pursued.

Upon the Resolution’s passage, UNESCO Director-General Irina Bokova addressed the Security Council, stating that “the deliberate destruction of heritage is a war crime…defending cultural heritage is more than a cultural issue, it is a security imperative, inseparable from that of defending human lives.”

As Irina Bokova noted, we need more than weapons to defeat violent extremism: we need collective action to protect heritage and to end its use as a financing tool for conflict and a psychological weapon of war. That’s the spirit behind the Antiquities Coalition’s #CultureUnderThreat initiative, a series of forums, research materials, and reports that create awareness and build capacity to combat cultural racketeering and cleansing. With coordinated and urgent action, the international community can build on the success of Friday’s unanimous vote and end this practice forever.

Deborah Lehr is Chairman/Founder and Tess Davis is the Executive Director of the Washington, DC- based Antiquities Coalition.