The Antiquities Coalition commends the United States, Albania, and Nigeria for strengthening their diplomatic ties as well as building law enforcement cooperation against the looting and trafficking of ancient art and artifacts.

This agreement closes U.S. borders to illegally acquired or exported Albanian antiquities. Moreover, it will open new opportunities for responsible cultural exchange between the two nations, such as traveling exhibitions and museum loans.

Albania is home to rich cultural heritage including Illyrian and Greek sites, Roman ruins, and Byzantine churches. The country, which is slightly smaller than the state of Maryland, has two cultural World Heritage sites recognized as having “outstanding universal value.”

By partnering with the United States, the world’s largest art market, Albania’s cultural heritage will enjoy stronger protections, while at the same time, American consumers will also be protected from unknowingly buying stolen property. The partnership will ideally cut down the global demand for illicit cultural items from Albania and return some already lost to their rightful home.

With this signing, the United States now has agreements with a growing number of countries in Europe including Italy (2001), Cyprus (2002), Greece (2011), and Bulgaria (2014)—demonstrating the region’s desire to work with international partners to fight cultural racketeering, while also sharing its rich heritage with the world. 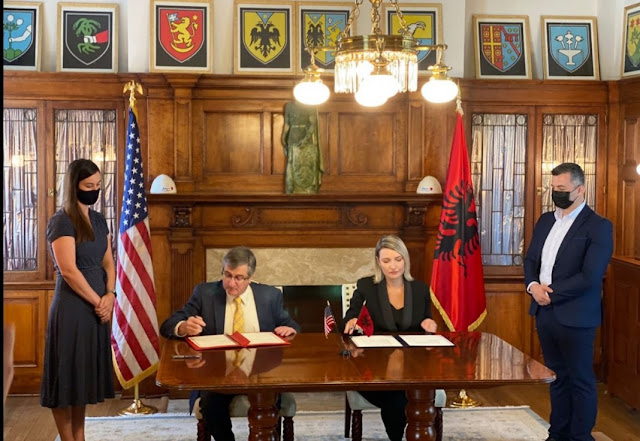 Also on August 23, Nigeria announced that the Federal Government and the United States have agreed to sign a bilateral agreement to counter antiquities trafficking and to protect Nigerian cultural heritage.

The agreement will be signed in Nigeria soon.