The AC Digs Into: The Day After Project 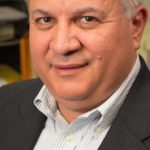 Amr Al Azm is an associate professor of Middle East history and anthropology at Shawnee State University in Ohio. While working in Syria, Al Azm was a first-hand observer and sometimes a participant of the reform processes instigated by Bashar Al-Assad. This experience gave him unique insight into how these reforms are enacted and why, more often than not, they fail. Al Azm is an active member of the Syrian opposition and serves on the executive committee of The Day After. For more information about TDA, please visit www.tda-sy.org.

Could you tell us about what The Day After project does and what your goals for protecting Syrian cultural heritage are?

The Day After project brought together a group of 45 Syrians representing a large spectrum of the Syrian opposition to participate in an independent transition planning process. In 2012, this group, supported by international experts in transition planning, convened six times to develop a shared vision of Syria’s democratic future and to prepare a transition planning document. The TDA report, “The Day After: Supporting a Democratic Transition in Syria”, provides a detailed framework of principles, goals and recommendations for addressing challenges in six key fields: rule of law; transitional justice; security sector reform; constitutional design; electoral system design; and post-conflict social and economic reconstruction. TDA has since transformed into an NGO, run by an all-Syrian Board of eight members, which aims to implement the recommendations presented in the TDA report. The Day After is an independent, Syrian-led civil society organization working to support a democratic transition in Syria. In addition to TDA’s six staff members in the Istanbul office, TDA has 24 staff members working in seven provinces inside Syria.

How did heritage become part of TDA’s efforts?

Recognising the importance of protecting Syria’s cultural heritage sites and collections from harm and the importance of preserving them as part of the efforts to help enhance a Syrian national identity and steer Syria on its path towards post conflict stabilization and reconciliation, TDA established the Heritage Protection Initiative (TDA-HPI) to help protect this cultural heritage as part of its portfolio of its activities.

What do you hope to accomplish with the Heritage Protection Initiative?

TDA-HPI has the ability to reach a network of heritage professionals and civil society activists who are in areas outside of the control of the Assad regime and working in desperate conditions to protect museums, cultural heritage sites, and collections. TDA-HPI provides an organizational framework for addressing emergency preservation concerns among heritage professionals and activists inside Syria, providing

training and supplies for emergency stabilization, collecting verified documentation on deliberate acts of cultural destruction for human rights groups, and advocating for heritage protection among the international community. TDA-HPI produces regular reports on the state of cultural heritage sites and monuments including rapid assessment and damage reports due to bombing, looting and other violations.

Could you talk a little bit more about the new TDA-HPI Site Monitors Project?

TDA-HPI established the Site Monitors Project in spring of 2015, a network of local archaeologists, museum curators and activists who act as site monitors. It supports the site monitors by providing training and technical expertise through its contacts with professionals and institutions. The Site Monitors work to:

What kind of partners are helping TDA-HPI achieve its goals?

TDA-HPI Works with technical experts and representatives of institutions with the goal of enhancing the protection of Syria’s cultural heritage in large measure by empowering local Syrian communities. TDA-HPI is currently collaborating with ASOR Cultural Heritage Initiatives project. We share our reports with the ASOR initiative and has been implementing small scale mitigation projects with their support since 2016. TDA-HPI also works closely with the Syrian Heritage Centre, which is based in Syria in the province of Idlib and made up of local archaeologists and museum staff. TDA has collaborated in the past with the Penn Cultural Heritage Centre, and the Smithsonian. TDA-HPI has received Financial and technical support from ASOR, Antiquities Coalition, Prince Klaus Fund, the Smithsonian Museum and UNESCO.