Throughout history, numerous powers have competed for control over the Italian peninsula, the epicenter of economic, political, and cultural exchange in the Mediterranean. Over the years, the region accrued a trove of priceless cultural treasures, ranging from the sprawling Roman Forum to the breathtaking Sistine Chapel and from the esteemed halls of the Palazzo Medici Riccardi to the winding canals of Venice.

However, in the last several centuries, powers on the Italian Peninsula settled and Italy’s cultural property transitioned from objects of the present to cherished vessels of the Italian history and identity. Still, one question remained.

Who was responsible for curating and protecting Italy’s wealth of art and artifacts?

This Story Map explores the succession of Italic powers, from the 8th century to the present, throughout which the Antiquities Coalition commemorates centuries of cultural heritage preservation in Italy. In it, we also celebrate repeated instances of compromise in times of conflict for the sake of historical preservation and detail the condition of Italian cultural patrimony laws today. 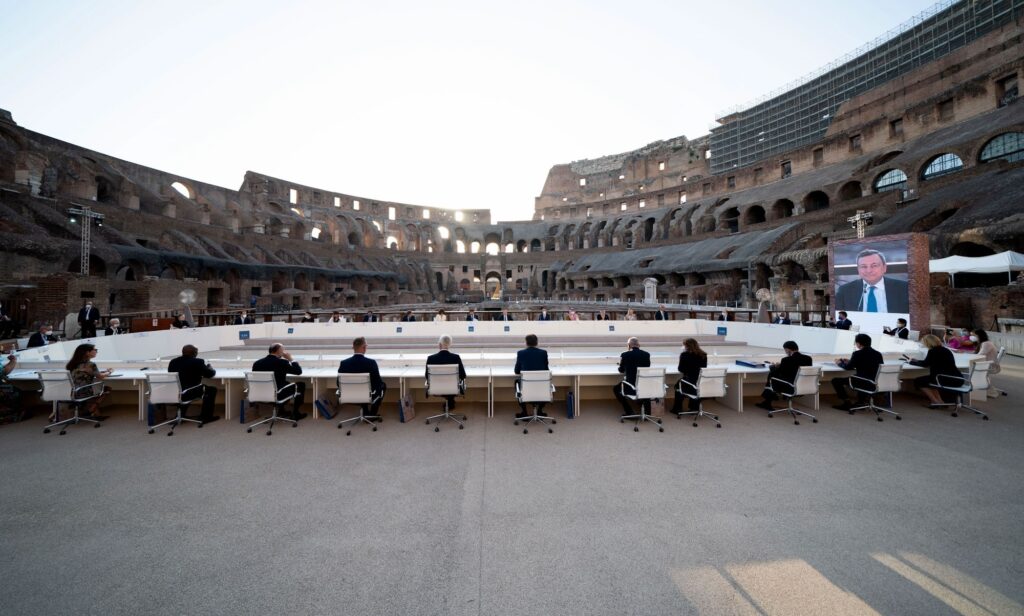 Italy’s dedication to cultural heritage preservation via strong legislation and collaborative problem-solving continues to this day. The Italian Carabinieri’s Art Squad is one of the world’s leading antiquities protection units globally. Moreover, Italy recently utilized its Presidency of the 2021 G20 Summit to finally add culture to the agenda, elevating issues of illicit art and antiquities trade to the global economic stage. To learn more about the G20’s 2021 Declaration on Culture, click here.