The AC Digs Into: Interdisciplinary and International Approaches to Cultural Heritage Preservation 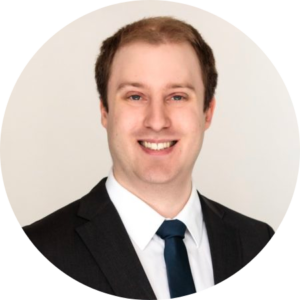 In the final segment of a three-part series, we sat down with Seán Fobbe, Chief Legal Officer of RASHID International and author of the AC’s How to protect outstanding cultural heritage from the ravages of war? Utilize the System of Enhanced Protection under the 1999 Second Protocol to the 1954 Hague Convention. Fobbe comments on the role of the international community in cultural heritage preservation, the importance of a multidisciplinary approach, and key legal instruments to protect cultural patrimony. For more information, read Part I and Part II of the interview.

What is the role of the international community in cultural heritage preservation efforts within one country?

I believe the international community can do a lot of good in countries in need of assistance. However, the complexities of the local and national circumstances are too often ignored and international agencies and funders are drawn into and used in political struggles, which they do not or do not want to understand. Nonetheless, local involvement with trusted partners is critical to success. At RASHID we draw on professional and personal relationships that have been developed over decades in non-political situations and that allows us to understand and work with the local context at an enviable precision. Starting to build relationships when aid and preservation efforts begin is too late. Pre-existing relationships are key.

Why is important to include experts from a wide variety of fields in heritage preservation work?

Specialization is a necessity to improve efficiency and impact, but it has significant downsides when addressing complex problems that do not easily fit into disciplinary boundaries. Cultural heritage certainly does not. In heritage preservation and protection, I see a lot of disciplinary islands. Lawyers focus on the law, archaeologists focus on archaeology, military people focus on the application of force, but there is less exchange than one could hope. Cultural heritage is a field in which these fields and many more intersect and it is very hard to come up with adequate solutions from only a single vantage point. None of us have the time to become experts in every relevant field, but all of us have the opportunity to constructively engage with other disciplines. There really is no other choice unless we accept the risk of making potentially very costly mistakes.

Which international legal agreements do you think have the largest impact on cultural heritage preservation?

The 1954 Hague Convention and its two Protocols certainly play an outsize role in any discussion of cultural heritage protection. Based on personal experience and discussions with colleagues in the field, I would say that they probably put cultural heritage protection on the radar of many military decision-makers who would otherwise not have taken note, which is a good thing. In the end, however, commanders still have to strike a balance between military necessity and heritage protection, which does not always end well for protected sites. Law, whether domestic or international, always depends on political will for enforcement. It does not matter how well trained forces are, if the command comes to ignore that training, they will.

Protecting heritage from destruction by armed forces is only one facet of heritage protection in wartime. Another critical area is the rampant looting and trafficking of antiquities during conflict, an issue that is mostly addressed through ad-hoc measures instead of formal treaty law.

An international treaty that I think could play a much larger role, but has been sidelined for lack of political will, is the 1995 UNIDROIT Convention on Stolen or Illegally Exported Cultural Objects, which significantly improves on the 1970 UNESCO Convention on the Means of Prohibiting and Preventing the Illicit Import, Export and Transfer of Ownership of Cultural Property. The 1970 UNESCO Convention suffers from a number of structural flaws, including the need to list items for them to receive protection (which is impossible for undiscovered looted items) and the almost non-existent provisions on restitution. The 1995 UNIDROIT Convention introduces blanket protection for items and useful and detailed restitution procedures. Sadly, only 47 States have ratified it as of August 2019. A more powerful restitution procedure would certainly impact demand in market countries, one of the major factors driving the illegal trafficking in antiquities, while blanket protection would close the gaps in the 1970 UNESCO Convention.