A “Marble Life-Size Portrait Head of an Athlete” was recently seized from a New York City-based gallery after being identified as a looted antiquity, according to Lynda Albertson, CEO of the Association for Research into Crimes against Art. Evidence shows that the marble head was among a number of artifacts excavated from the Temple of Eshmun in Sidon, Lebanon, then stolen by a paramilitary force during the Lebanese Civil War in 1981.

A handful of other looted antiquities from the Temple of Eshmun have previously come to light, including a marble bull’s head with a mysterious history on the black market. Follow its tumultuous journey around the globe with the Antiquities Coalition’s immersive story map, “Like a Bull in an Art Museum: The Path of the Sidon Bull’s Head Through the Black Market.” 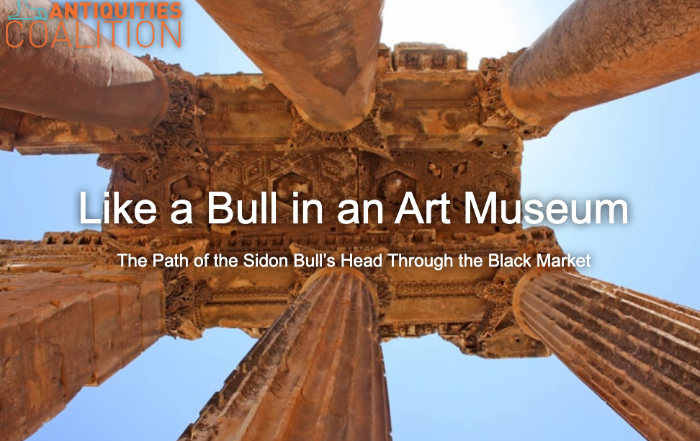