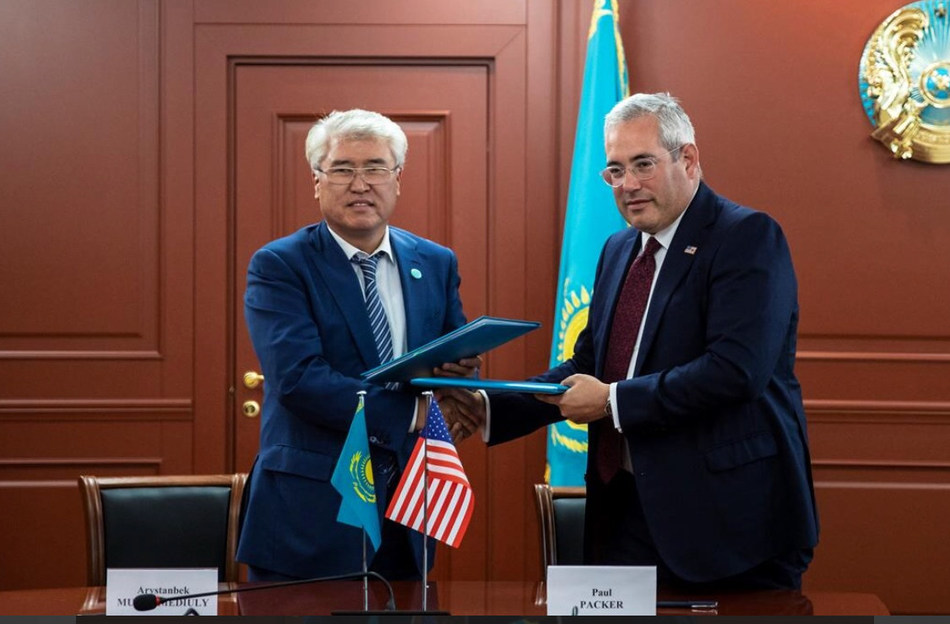 On October 11, 2018, the Kazakh Culture and Sports Ministry and the U.S. Commission for the Preservation of America’s Heritage Abroad signed a memorandum of understanding on the preservation of cultural heritage sites in Kazakhstan of significance to Americans and their ancestors. Signed at the 6th Congress of Leaders of World and Traditional Religions, held in the capital city of Astana, the agreement initiates cooperation between the United States and Kazakhstan to preserve the cultural heritage of national, ethnic, and religious groups that live or once lived in the territory of Kazakhstan, with a focus on Jewish heritage.

During World War II, Kazakhstan’s endless steppes and snow-capped mountains offered refuge to over 8,000 Jews, who were evacuated to Central Asia as Nazi troops advanced along the Eastern Front between 1941 and 1942. Later, under Stalin, thousands more were forcibly removed and exiled to Kazakhstan from Belarus, Georgia, Russia, Ukraine, and the Baltics. In the 1950s and 1960s, a third wave relocated to Kazakhstan to participate in large-scale Soviet projects such as the Virgin Lands Campaign, which transformed Kazakhstan into one of the USSR’s leading grain producers, and construction of the Baikonur Cosmodrome, the world’s first and largest space launch facility.

Kazakhstan is home to a population of 18 million, composed of over 100 distinct ethnic groups. Since the dissolution of the Soviet Union in 1991, independent Kazakhstan has experienced widespread cultural and religious revival; the country has further promoted religious diversity as part of its expansive cultural and economic development agenda. These movements have included the Jewish community, estimated to range in the tens of thousands, largely based in Almaty, Pavlodar, and Astana.

Whether closing U.S. borders to illicit antiquities or protecting the legacy of underrepresented groups in-country, bilateral agreements are a vital step in preserving cultural heritage for future generations. Cultural MOUs pave the way for cooperation in the protection and preservation of culture, thereby strengthening both economic and humanitarian bonds between nations. The Antiquities Coalition hopes that this agreement will be the first of many to preserve the rich tangible and intangible heritage of Kazakhstan, the heart of the ancient Silk Road and leader in globalizing Eurasia.