In addition to career-long focus on U.S-China relationship, alumna takes on global fight against trafficking in “blood antiquities”

In addition to career-long focus on U.S-China relationship, alumna takes on global fight against trafficking in “blood antiquities” 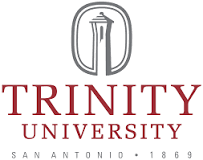 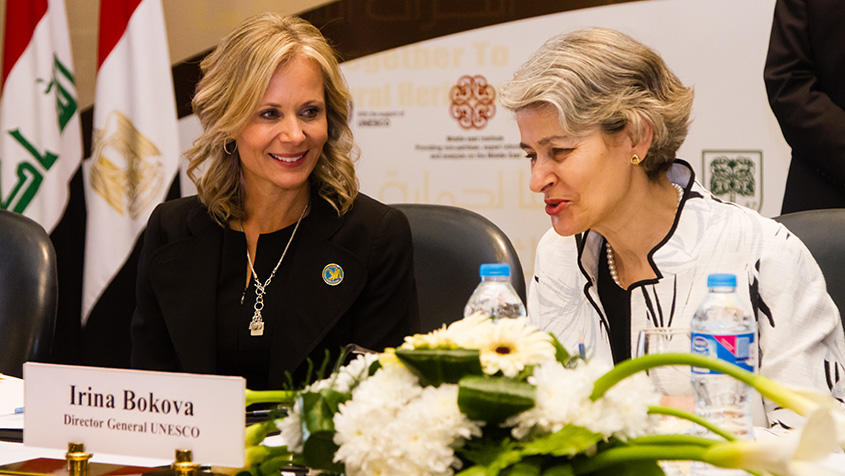 Mick Jagger may not be able to get it, but Deborah Lehr can and does. For her, satisfaction derives from “conceiving ideas and projects—large and small—and seeing them implemented successfully.” For Deborah, small might be mastering a new recipe; large might be formulating trade policy with China or leading the fight against cultural racketeering.

A creative, purposeful, and passionate “doer,” Deborah grew up in England and Germany, spending summers with her English grandmother in a thatched-roof seaside cottage. She started university in Paris as her parents moved back to the U.S. and San Antonio. During a visit to them, a family issue impelled her to stay. Learning that a friend from Germany was attending Trinity, she visited the campus, decided to transfer and the ensuing experience “changed my life—literally.”

The catalyst was political science professor John Stoessinger and his vivid recollections of his time in Shanghai, where he had fled with his family as the Nazis entered his native Austria. Intrigued and already fluent in several European languages, Deborah decided to go east and study in China. “It was not a popular thing to do at the time,” she recalls. “Soviet Studies was the trend, as was learning Russian.” Over protests from her father, who had trepidations about “Red China,” Deborah attended a summer program in Beijing. She has spent the rest of her career focused on China where “the potential of the country” has held her interest.

“I’ve been exceedingly fortunate to have served in fascinating positions during interesting times,” Deborah says modestly. Indeed. She was Director of Asian Affairs at the National Security Council as the U.S. was rebuilding a bilateral relationship with China after the Tiananmen Square incident. She was Deputy Assistant U.S. Trade Representative just as America’s trade policy with China was taking shape and worked on all major trade negotiations, including their accession to the World Trade Organization. When Henry Paulson took office as Treasury Secretary, she helped conceive and launch his Strategic Economic Dialogue with China. Transitioning from government to Wall Street, Deborah was Senior Advisor to John Thain at the New York Stock Exchange and when he moved from the NYSE to become CEO and Chairman at Merrill Lynch, a period that afforded her first-hand insights into the financial crisis.

Currently, Deborah is a Vice Chairman at the Paulson Institute, a nonprofit founded by Secretary Henry Paulson, which promotes relations between the U.S. and China at the nexus of economics and the environment. She works with Secretary Paulson on leadership strategies as well as oversees a Green Finance initiative working with the G20, United Nations, and the Chinese government to advise on innovative financing vehicles to promote green growth. She is also a founding partner and CEO of Basilinna, a Washington, D.C.-based business consulting firm that focuses on China and the Middle East.

During the 2011 Egyptian Revolution, as reports of mass looting lit up archaeological hotlines, Deborah recognized the need for an international effort to tackle head on the “crimes against our heritage.” She led negotiations to conclude a historic public-private partnership with the Egyptian government in March 2014 to provide better support in protecting our shared heritage.

Egypt, unfortunately, is not the only country at risk. To counter the illicit trade in antiquities—one of the top five global crimes—Deborah founded and chairs the Antiquities Coalition, a nonprofit that expands their work to other countries in crisis from the Middle East and Africa to Latin America and Asia. At the Antiquities Coalition, which she considers her most rewarding role to date, “we are leading the global campaign against cultural racketeering: the looting and trafficking of ancient art. This illicit industry is financing organized crime, armed conflict, and violent extremism around the world. It is erasing our past and threatening our future,” she warns. Employing independent research and outside collaborations, the Antiquities Coalition is “developing and implementing innovative and practical solutions, empowering communities and even countries in crisis.

“Despite her frequent work-related travel, Deborah still loves to visit new places. Her family, which includes two college-aged children, four dogs and a cat, especially enjoys summers in Italy. Because she loves to cook, she always takes cooking lessons in the countries where they vacation. That’s one source of satisfaction she can share with lucky family and friends.