On May 16, 2015, US Special Forces raided the compound of Abu Sayyaf, a leader of Daesh (commonly known as ISIS), uncovering a stockpile of documents illustrating the violent extremist network’s exploitation of illicit antiquities trafficking as a source of funding. According to the State Department, “Receipts for more than $265,000 in khums tax suggest total sales transactions worth more than $1.25 million.”

With over one million dollars in receipts from looted antiquities in such a short span of time—or $5 million annualized—it is critical to understand how Daesh turns illicit digs into dollars. Understanding the development of this activity can help in the fight to combat looting as a source of terrorist financing.

Receipts, documents, and taxation revealed that the looting by Daesh is more than just digging, it’s an administrative process. The terrorist group has created its own department of antiquities within the Diwan Al Rikaz (Office of Resources). One cannot simply dig in Daesh territory, permits must be acquired from the terror group and paid for—that means that even if no artifacts are found, Daesh has already made their first round of money by way of permit fees.

Once the artifacts are found, the looters are given two opportunities—each spanning several weeks—to sell the artifacts. During any of these sales Daesh gains a portion of the proceeds. If the artifacts fail to sell they are reclaimed by the Department of Antiquities who seeks a buyer, and if no buyer is found they are finally handed over to the Diwan Al Rikaz and sold at a Daesh auction.

The Antiquities Coalition is working with groups like The Day After Heritage Protection Initiative (TDA HPI) and their teams on the ground in Syria to illustrate the highly organized process. The infographic More Than Just Digging: Daesh Antiquities Trafficking an Institutionalized Process helps provide a better understanding of the methods behind trafficking patterns under Daesh and similar criminal networks and terrorist groups. 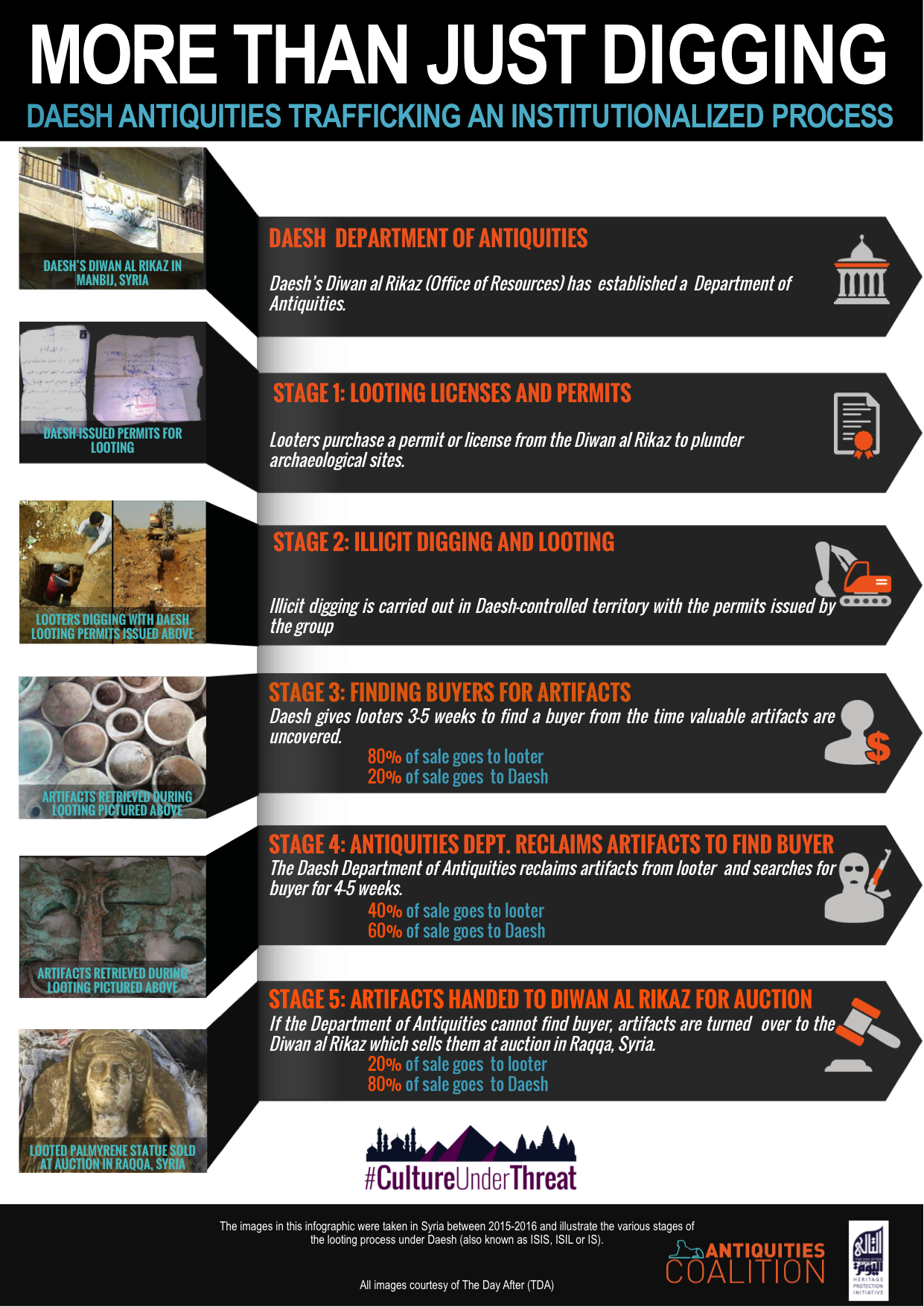