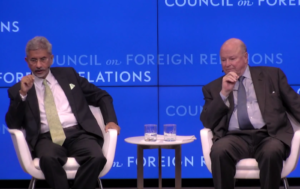 India has recently seen an improvement in recovering its antiquities with the help of the United States Department of State.

The Cultural Impact of Antiquities: How Artifacts Play a Key Role in Cultural Rebalancing

Foreign Minister Jaishankar mentioned that when significant events happen, antiquities tend to turn up and are returned to their rightful home.

The case he gave were of visiting prime ministers for the United States, Australia, and Germany. In each case, antiquities were returned to their homes. He believes the success that India has recently seen in recovering these artifacts has to do with the fact that India and the United States have pursued them more vigorously than before.