Culture Under Threat a Focus at 117th AIA Annual Meetings 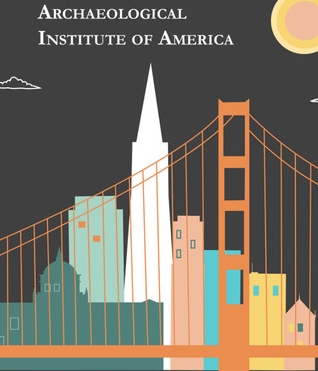 This year marked the 117th annual meeting of Archaeological Institute of America (AIA), which was held in San Francisco. These meetings took a different tone from years past as many of those who work in the AIA’s foundational region – the Near East – have seen heritage lost in unprecedented numbers to looting and destruction. The 117th annual meetings had a greater focus on tackling antiquities looting and trafficking in a historic and current context, including additional speakers, several sessions and even an award touched on the issue of culture under threat.

This year’s keynote speaker was renowned British archaeologist, Professor Colin Renfrew who addressed “Looting and Beyond: Rediscovering the Early Cycladic Sanctuary on Keros.” Among the many areas of expertise that Renfrew has focused on over his career, he was one of the archaeologists addressing the archaeological looting before the topic became the headline maker it has become today. His most notable work on the topic is his book Loot, Legitimacy and Ownership: The Ethical Crisis in Archaeology published in 2000. In particular, one of Renfrew’s points addressed the need for museums to have stronger acquisition policies. 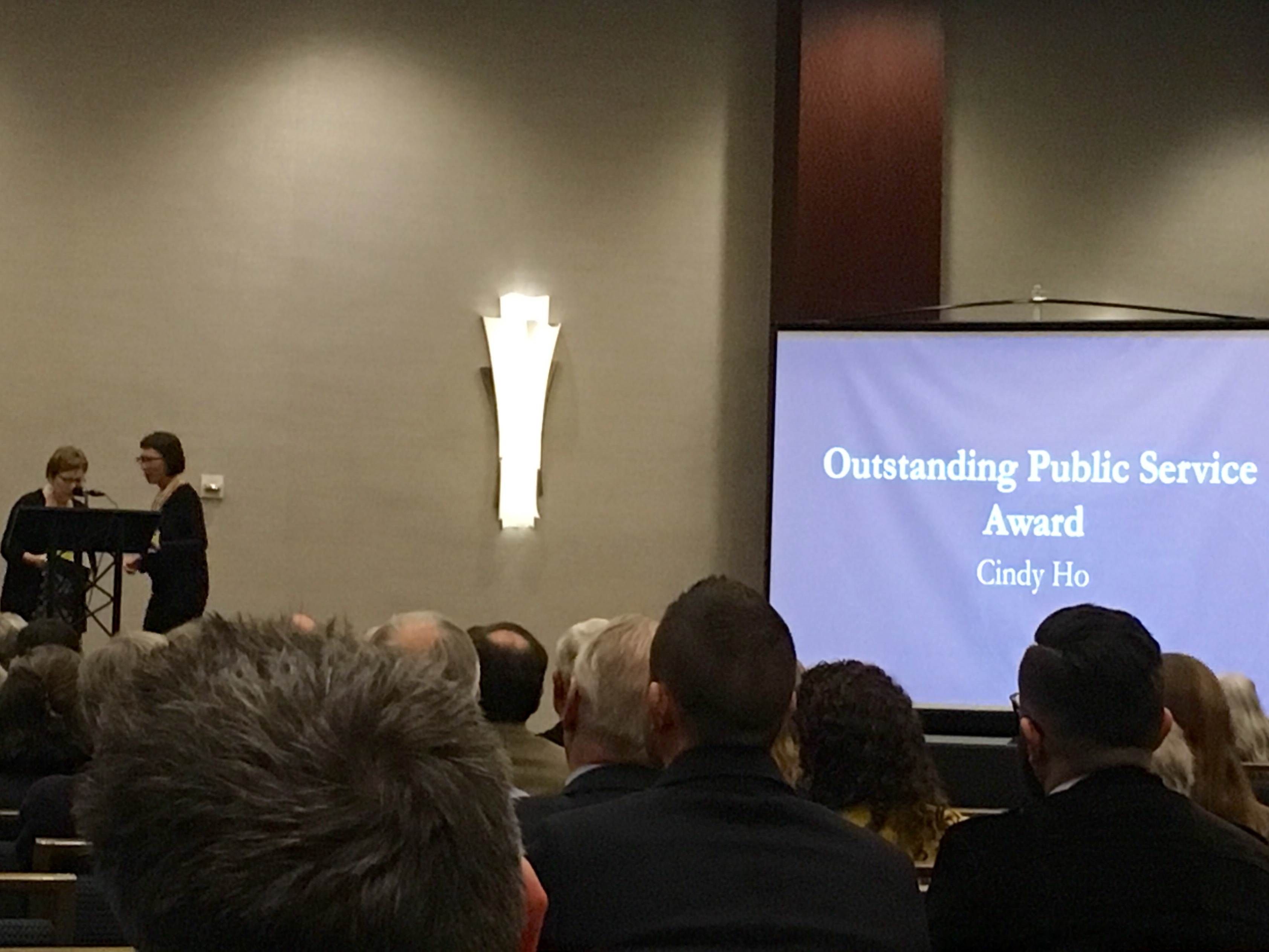 The AIA also extended this year’s meeting focus on heritage by honoring the legacy of those who have fought to protect cultural heritage throughout their careers. Cindy Ho, the founder of Saving Antiquities For Everyone (SAFE) received this year’s AIA Outstanding Public Service Award. Through the work of SAFE, Cindy Ho has dedicated more than a decade to raising public awareness of the threats posed to cultural heritage. SAFE continues to be a staple organization in raising global awareness to the threats posed to cultural heritage the world over. The Antiquities Coalition would like to congratulate Cindy Ho on her valuable work in changing the way the world understands the plight of our heritage. 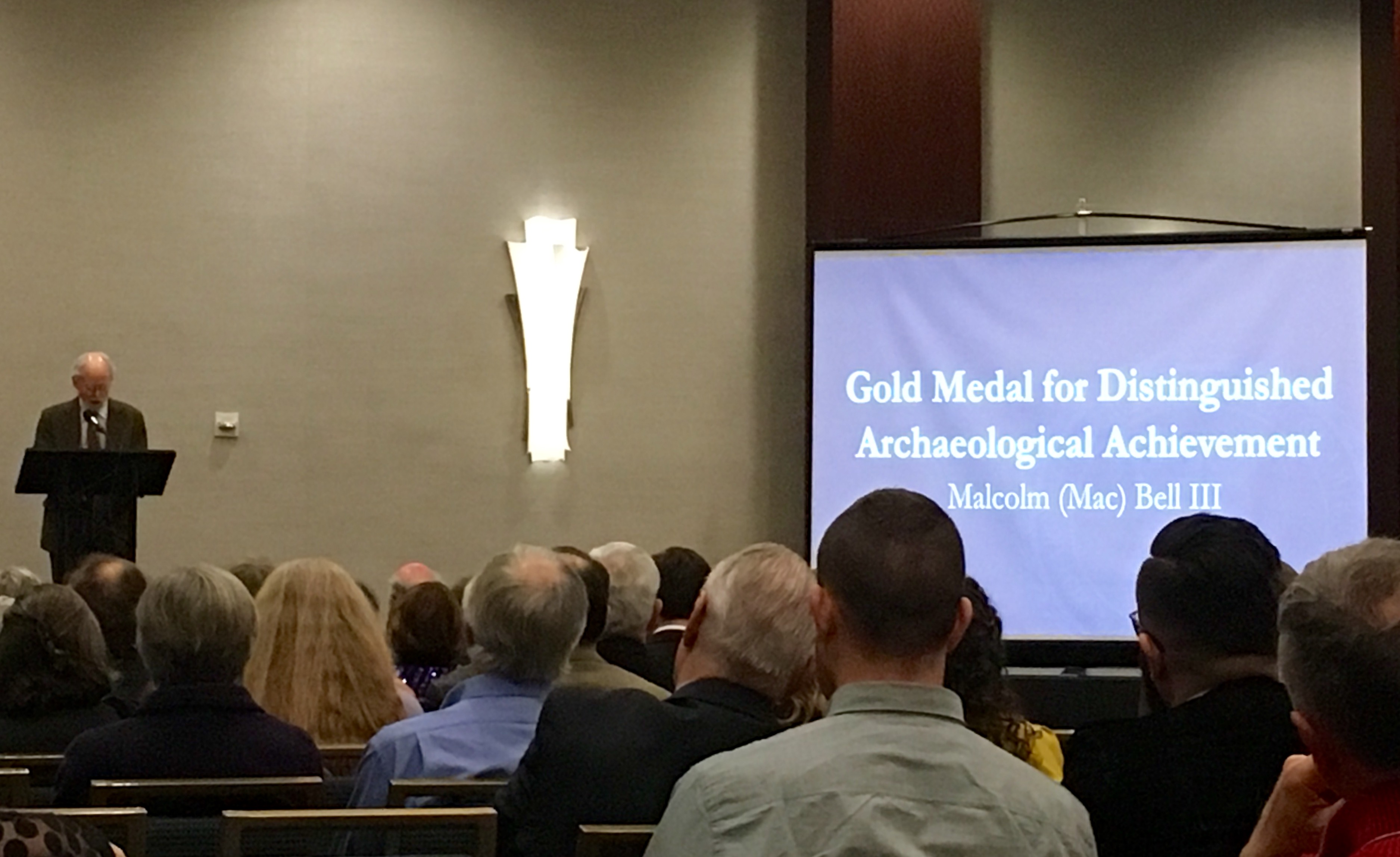 of archaeological sites through his decades of work at the Morgantina dig on Sicily. His work to gain attention to the Metropolitan Museum of Art’s looted acquisitions and the eventual long fight to prove the pieces had been looted made him a landmark figure in the fight to protect cultural heritage from plunder. Malcolm Bell’s Gold Medal Award is well deserved for his many years of painstaking work on looted antiquities and classical archaeology. 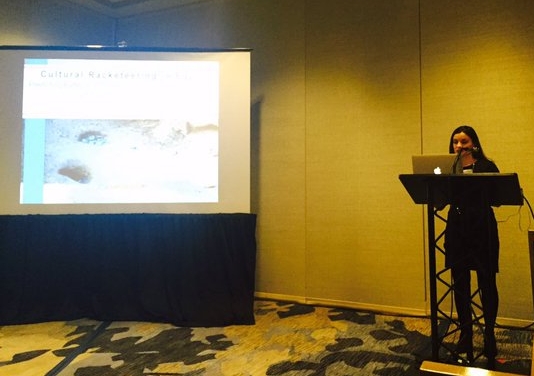 The Antiquities Coalition also took part in this year’s AIA meetings with some new information on the process of looting in Egypt. The AC’s Chief of Staff, Katie Paul presented her research Cultural Racketeering in Egypt Predicting Patterns in Illicit Activity: Quantitative Tools of the 21st Century Archaeologist in the panel for “Current Issues in Heritage Management.” Katie has spent the past five years developing an innovative approach to data collection and analysis of information in time of crisis. Her focus on Egypt examined the breadth of antiquities crimes since the January 25, 2011 Revolution. By charting this data using a new look at sources of information, Katie verified clear patterns in the activity occurring at sites which may help authorities in cash-strapped countries like Egypt allocated their few resources in the most efficient manner to #CombatLooting. With a reliable baseline of information, the Antiquities Coalition will be extending this research to other countries across the MENA region.