Antiquities Coalition Calls on U.S. and All Nations to Use All Policy and Legal Tools to Halt the Destruction, Trafficking, and Sale of Illicit Antiquities 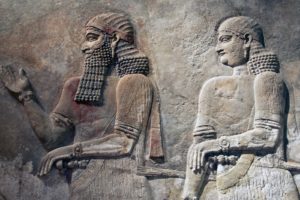 Courtesy of Diane Flynn and the Oriental Institute

As ISIL extremists intensify their shameful march of destruction – destroying or looting and trafficking our shared heritage – The Antiquities Coalition is calling for immediate steps that the United States and other nations can take to limit the terrorists’ ability to profit from these malevolent acts – war crimes under international law.

“ISIL is arming its campaign of terror in part by selling the past and robbing future generations of our history,” said Deborah Lehr, Chairman and Co-Founder of The Antiquities Coalition. “We must constrict the terrorists’ ability to profit from the sale of plundered antiquities.”

“If we don’t act now, there may be no past left to protect. With each artifact looted and sold onto the international market, only criminals, insurgents, terrorists — and the most unscrupulous of collectors — profit. The rest of us all lose,” she added.

“There IS something the civilized world can do, right now. World leaders must urgently enforce existing laws, regulations and policies to end or stem these sales, which are funding these crimes against humanity.” Lehr said.

The Antiquities Coalition also released photographs showcasing masterpieces similar to those feared destroyed at Khorsabad, Iraq this weekend. These photos highlight previously preserved antiquities, which are on display at the Oriental Institute at the University of Chicago. The school’s archaeologists were among the first to unearth Khorsabad’s treasures in the 1920s. The University today maintains one of the world’s finest collections of art from the Assyrian Empire, including works from Nineveh and Nimrud, which the Iraqi government reports also fell victim to ISIL last week.

The photos can be viewed here. 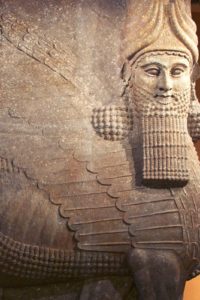 Courtesy of Diane Flynn and
the Oriental Institute

The Antiquities Coalition listed a set of actions that can stem the pillaging:

• Organize a Global Response: a unified strategy in which leading governments and international institutions deploy all available policy and legal tools to halt this targeted destruction and illicit trade, while prosecuting the perpetrators of these war crimes.

• Expeditiously Implement Import Restrictions:  the U.S. and all nations must expeditiously implement United Nations Security Council Resolution 2199, passed on February 12, 2015 that prohibits trade in cultural property from Iraq and Syria. (The resolution, passed unanimously by the UN Security Council, directs that action be taken within 120 days.)

• Stop American consumers from unwittingly supporting ISIL: given that the American market is one of the largest for antiquities, the U.S. can help lead the way by quickly closing its borders to illicit trafficking in conflict antiquities from the Middle East Region, to ensure that pieces from Iraq and Syria are not being laundered through neighboring countries.

• Launch an International Criminal Court war crimes investigation: UNESCO and other organizations have also called upon the ICC prosecutor to initiate an investigation.

• Support Strategic Military options: as appropriate, to protect civilians and halt the ISIL march of destruction across the cradle of civilization.

“We must not be complacent and accept these crimes against humanity,” Lehr said. “We must not allow terrorists to fund their actions through attacks against mosques, churches, libraries, and museums, which are documented risk factors of impending genocide and war crimes.”