Ancient Gold Angkorian Jewelry to Return to Cambodia From London 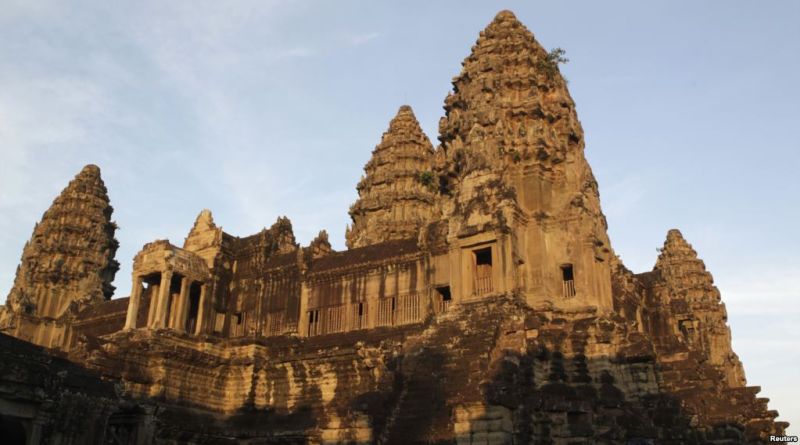 Ancient Gold Angkorian Jewelry to Return to Cambodia From London

A set of ancient Angkorian gold jewelry that found its way to a London art dealership will be returned to Cambodia after the government intervened to stop a planned sale.

The Jonathan Tucker Antonia Tozer Asian Art dealership listed the jewelry in its online catalog, according to a statement from Cambodia’s Ministry of Culture and Fine Arts.

The ministry petitioned the dealership in November to return the Angkorian artifacts. They originated in the Khmer empire, a power in Southeast Asia from A.D. 802 to A.D. 1431. At one point, it included much of today’s Cambodia, Thailand, Laos and southern Vietnam.

“Cambodia has provided concrete testimony to prove that the artifact jewelry belongs to Cambodia, is jewelry designed in the Khmer style and that only Cambodia has this style, and it was taken out of the country illegally,” the statement said.

Looting during the war

During decades of war, Cambodia lost countless priceless historical artifacts to looters and smugglers who targeted ancient sites. The Khmer Rouge and other military groups often controlled looters in their areas.

“There is a good argument that the illicit trade in artifacts, gemstones, and timber even helped to prolong the conflict,” Terressa Davis, executive director of the Antiquities Coalition and School of Social and Political Sciences at the University of Glasgow, told VOA Khmer in an email.

Many of the items they took ended up with foreign art traders, although it is not clear when the jewelry in question was taken from the kingdom or by whom.

Jonathan Tucker, joint owner of the dealership, did not immediately respond to an interview request.

Items to return to Cambodia

The set includes a crown, necklace, earrings, armbands, belt and chest ornament, and will be returned with the assistance of the British government, Thai Norak Satya, spokesman for the Ministry of Culture and Fine Arts, said. In recent years, Cambodia has successfully repatriated several ancient statues from the United States.

Looting artifacts has a history almost as old as some of the items themselves.

The earliest known trial of looters in Egypt took place in Thebes in 1113 B.C. Today, there are curbs on the trade.

In 1970, UNESCO adopted the Convention on the Means of Prohibiting and Preventing the Illicit Import, Export and Transfer of Ownership of Cultural Property, which to date 132 countries have signed.

Nonetheless, there is a multibillion-dollar demand for ancient artifacts such as the Angkorian jewelry — “too great a demand to be met by the legal supply,” Davis said.

“As a result, looting and trafficking is now an illegal industry that spans the globe, financing crime, conflict and even terrorism,” said Davis, a lawyer who in 2015 was knighted by the Royal Government of Cambodia for her work in recovering the country’s plundered heritage.