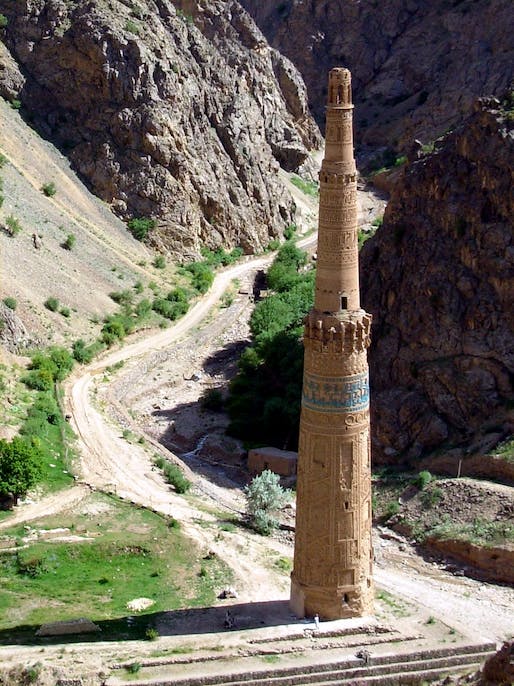 The Taliban captured the 12th-century Minaret of Jam and killed 18 Afghan security personnel tasked with protecting the World Heritage Site. Pro-government forces have yet to re-secure the area. The current condition of the brick structure and the surrounding communities, who were both threatened by torrential flooding just last week, is still unknown. — The Antiquities Coalition

Nearly two decades after the American-led invasion of Afghanistan began, significant works of Islamic heritage continue to fall under threat in the country.

Just last week, for example, the 12-Century era Minaret of Jam, the world’s second tallest Islamic tower, appears to have been captured by the Taliban. While the ultimate fate of the UNESCO-recognized tower remains unknown, the 213-foot-tall brick minaret, one of the most significant cultural and holy sites in the country, joins a long list of relics that have been captured, damaged, or totally destroyed by the Taliban group.

In 2001, for example, the Taliban-led government famously dynamited the Buddhas of Bamiyan in northeast Afghanistan, a spectacle that garnered worldwide condemnation.

According to The Antiquities Coalition, “This destruction has gone hand in hand with the organized looting and trafficking of antiquities by the Taliban, Haqqani Network, and other organized criminal gangs with ties to various militant forces. Experts have long feared that these so-called “blood antiquities” are being marketed to unsuspecting buyers in the $26.6 billion U.S. art market. Homeland Security Investigations have seized and repatriated a number of Afghan antiquities including coins known to have been looted by the Taliban—while others are currently being investigated and prosecuted by the Manhattan District Attorney’s Office.”